With the advent of improved communication and technology, corporations have been able to expand into multiple countries.

Ford : Ford is a multinational corporation with operations throughout the world.

A corporation may choose to locate in a special economic zone, a geographical region with economic and other laws that are more free-market-oriented than a country’s typical or national laws.

Multinational corporations are important factors in the processes of globalization. National and local governments often compete against one another to attract MNC facilities, with the expectation of increased tax revenue, employment and economic activity. To compete, political powers push toward greater autonomy for corporations. MNCs play an important role in developing economies of developing countries.

Many economists argue that in countries with comparatively low labor costs and weak environmental and social protection, multinationals actually bring about a “race to the top.” While multinationals will see a low tax burden or low labor costs as an element of comparative advantage, MNC profits are tied to operational efficiency, which includes a high degree of standardization. Thus, MNCs are likely to adapt production processes in many of their operations to conform to the standards of the most rigorous jurisdiction in which they operate.

As for labor costs, while MNCs pay workers in developing countries far below levels in countries where labor productivity is high (and accordingly, will adopt more labor-intensive production processes), they also tend to pay a premium over local labor rates of 10% to 100%.

Finally, depending on the nature of the MNC, investment in any country reflects a desire for a medium- to long-term return, as establishing a plant, training workers and so on can be costly. Therefore, once established in a jurisdiction, MNCs are potentially vulnerable to arbitrary government intervention like expropriation, sudden contract renegotiation and the arbitrary withdrawal or compulsory purchase of licenses. Thus both the negotiating power of MNCs and the “race to the bottom” critique may be overstated while understating the benefits (besides tax revenue) of MNCs becoming established in a jurisdiction.

Offshoring entails a company moving a business process from one country to another.

Explain the benefits of offshoring

“Offshoring” is a company’s relocation of a business process from one country to another. This typically involves an operational process, such as manufacturing, or a supporting process, such as accounting. Even state governments employ offshoring. More recently, offshoring has been associated primarily with the sourcing of technical and administrative services that support both domestic and global operations conducted outside a given home country by means of internal (captive) or external ( outsourcing ) delivery models.The subject of offshoring, also known as “outsourcing,” has produced considerable controversy in the United States. Offshoring for U.S. companies can result in large tax breaks and low-cost labor. 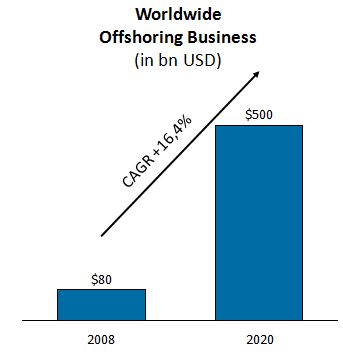 Worldwide Offshoring Business: The worldwide offshoring business is projected to equal $500 billion by 2020.

Offshoring can be seen in the context of either production offshoring or services offshoring. After its accession to the World Trade Organization (WTO) in 2001, the People’s Republic of China emerged as a prominent destination for production offshoring. Another focus area includes the software industry as part of Global Software Development and the development of Global Information Systems. After technical progress in telecommunications improved the possibilities of trade in services, India became a leader in this domain; however, many other countries are now emerging as offshore destinations.

The economic logic is to reduce costs. People who can use some of their skills more cheaply than others have a comparative advantage. Countries often strive to trade freely items that are of the least cost to produce.

Related terms include “nearshoring,” “inshoring,” and “bestshoring,” otherwise know as “rightshoring.” Nearshoring is the relocation of business processes to (typically) lower cost foreign locations that are still within close geographical proximity (for example, shifting United States-based business processes to Canada/Latin America). Inshoring entails choosing services within a country, while bestshoring entails choosing the “best shore” based on various criteria. Business process outsourcing (BPO) refers to outsourcing arrangements when entire business functions (such as Finance & Accounting and Customer Service) are outsourced. More specific terms can be found in the field of software development; for example, Global Information System as a class of systems being developed for/by globally distributed teams.

When considering strategic entry into an international market, licensing is a low-risk and relatively fast foreign market entry tactic.

When considering entering international markets, there are some significant strategic and tactical decisions to be made. Exporting, joint ventures, direct investment, franchising, licensing, and various other forms of strategic alliance can be considered as market entry modes. Each entry mode has different pros and cons, addressing issues like cost, control, speed to market, legal barriers, and cultural barriers with different degrees of efficiency. 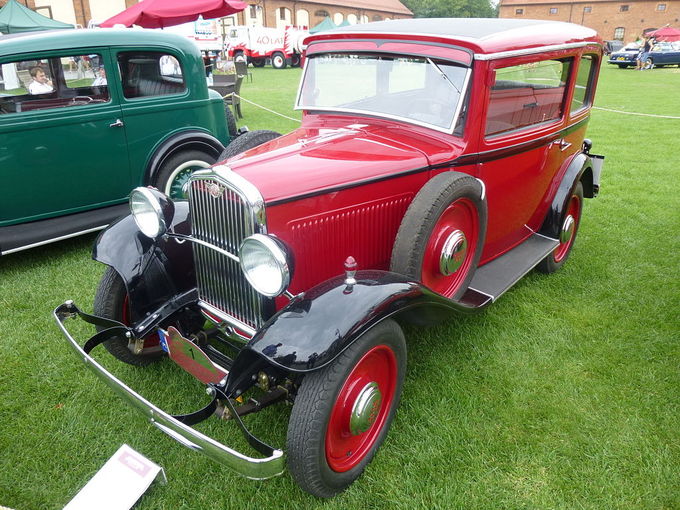 Licensing: The 1933 Fiat 508 was manufactured under a license in Poland by Polski Fiat.

A licensor (i.e. the firm with the technology or brand ) can provide their products, services, brand and/or technology to a licensee via an agreement. This agreement will describe the terms of the strategic alliance, allowing the licensor affordable and low risk entry to a foreign market while the licensee can gain access to the competitive advantages and unique assets of another firm. This is potentially a strong win-win arrangement for both parties, and is a relatively common practice in international business.

Let’s consider an example. The licensor is a company involved in energy health drinks. Due to food import regulations in Japan, the licensor cannot sell the product at local wholesalers or retailers. In order to circumvent this strategic barrier, the licensor finds a local sports drink manufacturer to license their recipe to. In exchange, the licensee sells the product locally under a local brand name and kicks back 15% of the overall revenues to the licensor.

The Pros and Cons

Before deciding to use licensing as an entry strategy, it’s important to understand in which situations licensing is best suited.

Licensing affords new international entrants with a number of advantages:

While the low-cost entry and natural localization are definite advantages, licensing also comes with some opportunity costs: